The Charge of Beersheba took place at dusk on 31 October 1917 and is remembered as the last great cavalry charge. The intention was to capture intact the water supply of the Beersheba wells for horse and rider; they were successful and were then in a position to move onto Jerusalem, a significant military victory in the Middle East War.

The charge by the 4th & 12th Light Horse Regiment of 800 horseman was led by Brigadier-General William Grant (1870 – 1939) who purchased the property Corack (Waldor) at Dirranbandi after the war and remained here until his death.

This project is proudly supported by the Queensland Government.

“The Charge” by Ron Marshall www.lighthorseart.com.au 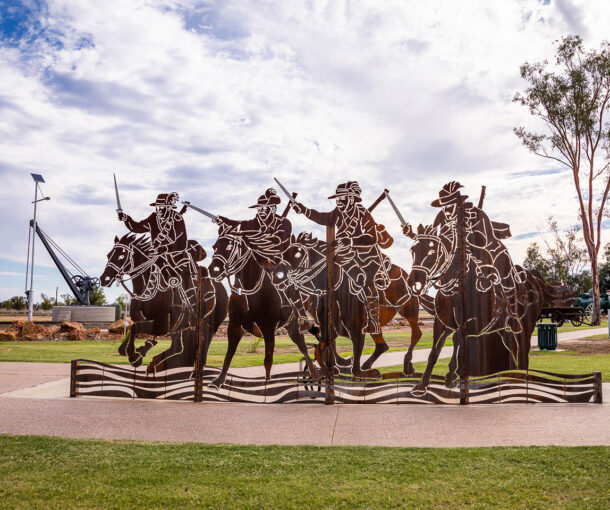 Share this listing with friends and family using #explorestgeorge